Brian Currin (born 20 September 1950) is a South African lawyer who was instrumental in the establishment of the Truth and Reconciliation Commission. 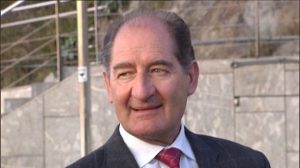 President Nelson Mandela chose him to chair a Prison Audit Committee in 1994, and he was later involved in the formation of the Truth and Reconciliation Commission. He formed the National Directorate of Lawyers for Human Rights in 1987 and served as its director for eight years.

He became an independent mediator in the Drumcree parading controversy in 2000, and stated that as a wholly unbiased outsider, he wanted to create a breakthrough in the mediation role.

He has an estimated net worth of $400,000 which he has earned as a legal practitioner.