Robert Whitehead (born 23 September 1950) is a South African actor known for his role as Barker Haines in the SABC3 soapie Isidingo. 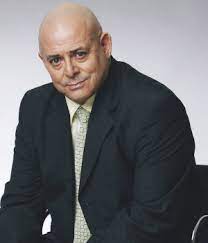 He was born on the 23rd of September 1950 in Johannesburg, South Africa. As of 2021, he is 71 years old and celebrates his birthday on September 23rd every year.