Bantu Holomisa (born 25 July 1955) is a South African Member of Parliament and also the President of the United Democratic Movement. 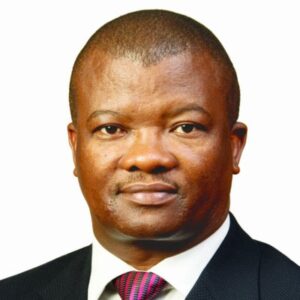 He is married to Thunyelwa Holomisa and together they have a son named Mandla Holomisa.

In 1976, he entered the Transkei Defence Force and by 1985, he had risen to the rank of Brigadier.

From 1987 to 1994, Holomisa was the leader of Transkei’s administration, after which Transkei was reintegrated into the “modern” South Africa.

Holomisa was elected to the African National Congress’s National Executive Committee in 1994 and served as South Africa’s Deputy Minister of Environment and Tourism.

He was suspended from the ANC on September 30, 1996, after appearing before the Truth and Reconciliation Commission.