John Vlismas (born 13 May 1973) is a South African stand-up comedian and entertainment promoter. 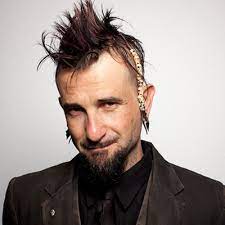 Vlismas was a finalist in the 2008 Yuk Yuk’s Great Canadian Laugh Off and won the South African Comedy Award for best stand-up comedian of the year in 2007.

Vlismas was a panelist at Comedy Central Africa’s Roast of Kenny Kunene and Steve Hofmeyr in April 2014.