Kabelo Mabalane (born 15 December 1976) is a South African kwaito singer, songwriter and actor. He was a member of the kwaito trio TKZee. 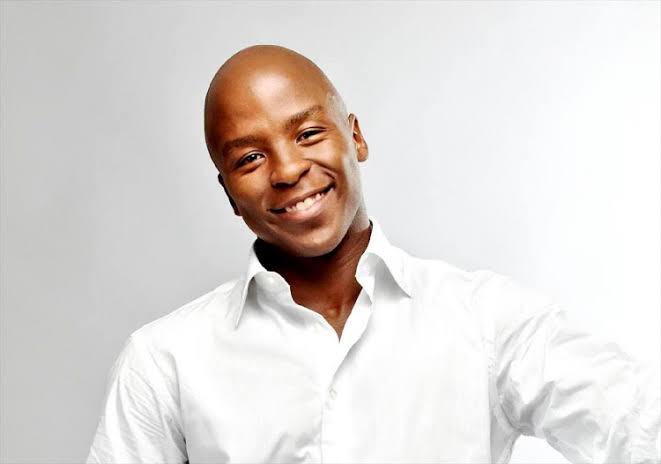 He was born on 15 December 1976 in Johannesburg, Gauteng, South Africa. Kabelo is 45 years old as of 2021 and celebrates his birthday on December 15th every year.

Kabelo is married to South African actress, Gail Nkoane. The couple tied the knot in a private ceremony on 9 February 2013. The couple’s daughter, Zoe Leano Mabalane was born on 28 March 2015. Kabelo and Gail Mabalane are expecting their second child.

Kabelo won a South African Music Award in 2003 for his second studio Album Rebel with a Cause. Kabelo Mabalane won the 2004 Kora Award for Best Southern Africa Male Artist.In 2005, Kabelo signed a deal with Reebok to produce a sneaker called Bouga Luv.Mabalane has also run the Comrades Marathon on three occasions from 2006 to 2008. In 2008 he finished just under the 10-hour mark. He also featured on the August 2008 cover of Runner’s World magazine.Along with his TKZEE bandmates (Tokollo Tshabalala and Zwai Bala) Kabelo performed at 2010 Fifa World Cup Opening Ceremony.Throughout high school, Kabelo was very active in sports. In 2005 he started to prepare for the Comrades Marathon, a 93 km race. Since 2006, to date, Kabelo has entered and completed five of the races. In 2008 the South African Sports Confederation Olympics Committee (SASCOC) chose Kabelo to be an Olympic Ambassador.In April 2010 Kabelo was named as the presenter of a new multi-sport and lifestyle talk-show on South Africa’s SABC2 channel that airs on Fridays at 21:30.
Geordin Hill-Lewis - Biography, Age, Wife, Career & Net Worth

At the 30th SAB Sports Journalist of the Year Awards, on 6 September 2010, Kabelo was rewarded with two awards, in Best Newcomer Overall and Best Newcomer Television Presenter.

Kabelo has an estimated net worth of $2 million which he has earned from his career.