Denise Zimba (born 10 November 1988) is a South African actress, singer, dancer and presenter known for her role as Mary Gumede in the soap opera Generations: The Legacy. 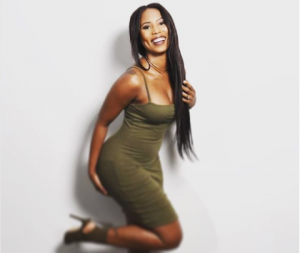 She is happily married to her German husband whose name is James Dean and they welcomed their first child, Leah Lilli-Rose Schlichtig, in July 2019

Zimba fell in love with the stage when she was very young. She used to be a backup singer and dancer for Jozi.

She joined Vuzu as a presenter on their flagship daily show V-Entertainment in 2013, shortly after her show Fly Chix ended.

In April 2014, she made her debut as Mary in the SABC1 soap opera Generations. In October of that year, she starred in Looking for the Loerie with Denise, a two-part documentary about her “amazing journey” to the 36th Annual Loerie Awards in Cape Town.

She has an estimated net worth of $500,000 which she has earned as an actress, singer, dancer and presenter.