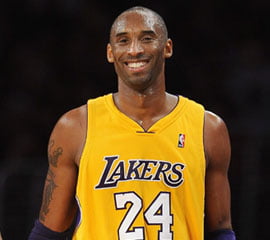 He was born on the 23rd of August 1978 in Philadelphia, Pennsylvania, United States. Kobe was aged 41 years old at the time of his death.

He got married to Vanessa Laine Bryant in the year 2001. Kobe had four children with his wife who are named Natalia Diamante Bryant, Gianna Maria-Onore Bryant, Bianka Bella Bryant, Capri Kobe Bryant.

Bryant was killed in a helicopter crash on January 26, 2020, in Calabasas, California. There was reportedly a fire, and there were three people on board with him. Nobody on board survived. The cause of the crash is still being investigated.

On to #2 @kingjames! Keep growing the game and charting the path for the next. 💪🏾

Happy Birthday B.B I Can’t believe you are 3 already! We love you little mamacita