Dean Balie (born 10 November 1989) is a South African actor known for playing the role of Young Kat Diamond in the stage musical Kat and the Kings. 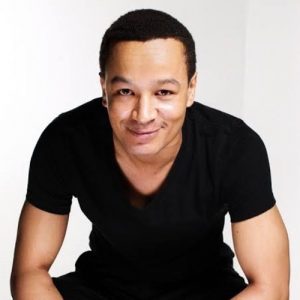 He was born on the 10th of November 1989 in Steinkopf in the Northern Cape, South Africa. As of 2021, he is 32 years old and celebrates his birthday on November 10th every year.

Blood Brothers and Orpheus Africa (both directed by David Kramer), the title roles in Robin Hood (2015) and Sinbad (2016), Shakespeare in Love, and Happy New Year are just a few of his theatre credits.

Hamlet, Peter Pan, The Remarkable Rooming House of Madame Lemonde, A Perfect Analysis Given by a Parrot, Sweet Bird of Youth, Alice in Wonderland, and Shakespeare’s R&J are among the Fred Abrahamse productions in which he has appeared.

Dean made his television acting debut in a guest role in an episode of the kykNET criminal thriller Die Byl that aired on September 13, 2016.

In the kykNET comedy-drama series Ekstra Medium, he was cast as Slappies, an enigma who is brilliant and musical while avoiding all responsibility like the plague.