Dawid Minnaar (born in Upington) is a South African actor known for his role as architect Leon de Lange in the SABC2 soap opera 7de Laan, from 2000-2005. 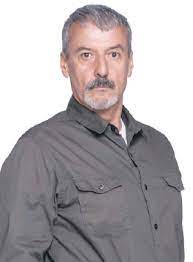 He is well recognized for his part in the M-Net/kykNET soap opera Binneland as Dr. Franz Basson (formerly known as Binnelanders and Binneland Sub Judice).

In 1981, he joined the then South West African Performing Arts Council and began his professional acting career (SWAPAC).

He lived and worked in Cape Town from 1982 to 1985, freelancing and working for CAPAB for two years.

Since 1986, Dawid has lived and worked in Johannesburg. He worked for the Market Theatre in the late 1980s and early 1990s, under the direction of Lucille Gillwald, Barney Simon, Claire Stopford, Malcolm Purkey, and Robyn Orlin.

Gina Benjamin, Lourens Cilliers, and Ilse van Hemert were among the directors he worked with for the Black Sun, PACT, and the Civic Theatre.

From 1995 to 2002, he was a part of three Handspring Puppet Company productions that toured widely globally (under the direction of William Kentridge).

Dawid has also performed in a number of local theatre festivals, most notably under Marthinus Basson’s direction.