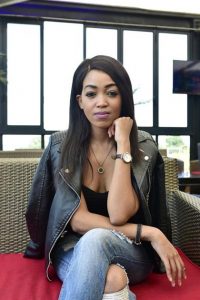 Her professional acting debut came in 2014, when she participated in an episode of the SABC1 sitcom Single Galz.

She debuted as Mapule in the Mzansi Magic drama Greed & Desire in April 2016, and she remained in the role until March 2017.

In 2017, she starred in Mzansi Magic’s “Original Mzansi Movie” Kasi Mean Girls, in which a group of high school girls are subjected to cyberbullying and must discover strategies to battle it.

She co-hosted the SABC1 series Mi Kasi Su Kasi in 2018, having joined the cast in Season 2.