Terrence Ngwila (born 20 March 1991) is a South African actor known for his role as Hlabi on the kykNET soapie Binnelanders. 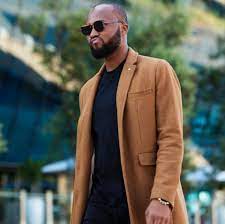 He was born on the 20th of March 1991 in Allemansdrift, Mpumalanga, South Africa. As of 2022, he is 31 years old and celebrates his birthday on March 20th every year.

In 2014, he made his television debut in the SABC1 soapie Generations: The Legacy, where he played Pastor Kagiso Matlaa.

He first appeared in the recurring role of Mohau on Muvhango on November 26, 2019.

In the same year, he had a cameo as Jerry in Season 2 Episode 5 of the 1Magic drama series Unmarried.

In the M-Net drama series Lioness the following year, he played Sifiso, the loving husband of Amo (Nokuthula Ledwaba), who accepts a lucrative offer at the cost of his soul.