Ngconde Balfour (born 23 August 1954) is a South African politician and has served as Minister of Correctional Services and Minister of Sport. 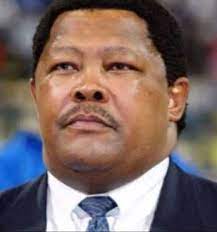 He finished his education at Jabavu High School in the Alice town. He moved on to Lovedale College and Fort Hare University to further his education.

Balfour was in exile in Australia from 1989 to 1992 after serving as a political detainee. He studied at Victoria University in Australia throughout his time there.

He is married to Thozama Mqobi-Balfour, Correctional Services regional commissioner for Gauteng.

Balfour has been a member of the South African Parliament since 1996, and on April 29, 2004, he was appointed Minister of Correctional Services.

Balfour was one of 10 ministers who offered their resignations on September 23, 2008, following President Thabo Mbeki’s resignation, though it was later stated that he could be ready to stay in his position.

On September 25, the Cabinet announced that he will be kept in his position.

Balfour was appointed as South Africa’s high commissioner to Botswana, but resigned after less than a year in the role.

Balfour was named the new chairperson of Boxing South Africa in 2011.