Thapelo Mokoena is a  South African actor, producer, MC, filmmaker, distributor, and presenter. He is best known for presenting the first season of the South African version of the reality competition Fear Factor in 2005. 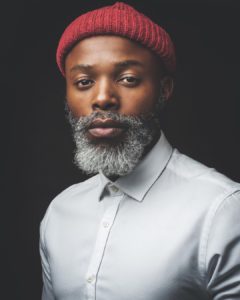 Thapelo Mokoena and Fana Mokoena are brothers but he shares no blood ties with Muvhango actress, Thandaza Mokoena.

Mokoena studied at Ladysmith High School. He went on to study film-making in the higher institution after changing his course from accounting.

Mokoena is married to Lesego-Tshepang Mokoena. They tied the knot on the 24th of November 2012. The couple have two children together, Reko and Lefika Mokoena

A moment in Dumbo Brooklyn #TB 🌍

Make #Tomorrow your favorite day, looking back should solely be in #Honour of how far you’ve come #KeepMovingForward ✊🏾®️ 📸 : @ken_khutso

How to Make Money Online Fast (2020): Ideas for Beginners