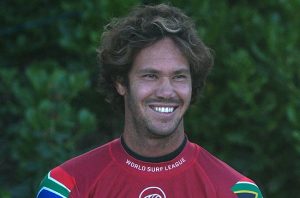 In 2014, Smith got married to South African model Lyndall Jarvis.

Smith won the World Qualifying Series for surfing in 2007, the second-tier tour that leads to qualification for the World Championship Tour (WCT).

Jordy Smith won the Billabong J-Bay events in South Africa in 2010 and 2011. He also won the Hurley Pro at trestles California in 2014 and 2016. He won the Rio Pro in Brazil in 2013. The global championship circuit includes all of these events.

Smith grew up in Durban and began surfing at the age of three. Glenwood High School, a local Durban high school, was his alma mater.

Smith has been sponsored by O’Neill since 2007, and is recognized for his “rodeo flip” and complete rotation “alley-oops.”

He has an estimated net worth of $500,000 which he has earned as a professional surfer.