Siphesihle Mkhize (born 5 February 1999) is a South African soccer player who plays as a midfielder for Mamelodi Sundowns. 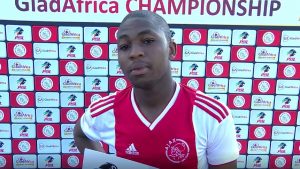 He was born on the 5th of February 1999 in Umlazi, KwaZulu-Natal, South Africa. As of 2022, he is 23 years old and celebrates his birthday on February 5th every year.