Patricia de Lille (born 17 February 1951) is a South African politician, laboratory technician and trade unionist. She serves as the current Minister of Public Works and Infrastructure and leader of the political party Good.

She previously served as the Mayor of Cape Town from 2011 to 2018, and Western Cape Provincial Minister of Social Development from 2010 to 2011. 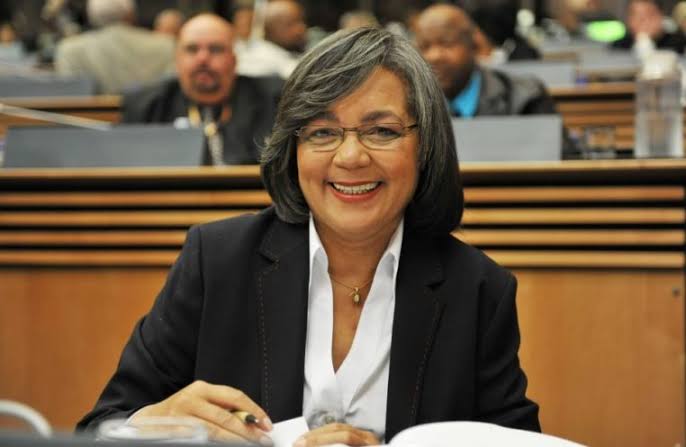 She was born on 17 February 1951 in Beaufort West, Cape Province, Union of South Africa. De Lille is 71 years old as of 2022 and celebrates her birthday on February 17th every year.

She was married to Edwin de Lille for 49 years. Her husband died on 7 February 2021 after suffering a long illness. They had two children together, Allistair de Lille and Carmen de Lille.

In 1974 she became a laboratory technician at a factory. She remained involved with the same company until 1990. During this time, she became involved in the South African Chemical Workers Union, starting off as a shop steward and then becoming regional secretary, before being elected as a National Executive Member in 1983.

In 1988, she was elected as National Vice-President of The National Council of Trade Unions (NACTU), the highest position for a woman in the trade union movement at that time.

In 1989, De Lille was elected onto the National Executive Committee of the Pan Africanist Movement (PAM). She led a delegation in the constitutional negotiations that preceded South Africa’s first democratic election in 1994, and following her election as a Pan Africanist Congress (PAC) MP, she was appointed as Chairperson of the Parliamentary Committee on Transport from 1994 to 1999.

She also served on various portfolio Committees including Health, Minerals and Energy, Trade and Industry, Communications, the Rules Committee and the Code of Ethics.

De Lille has an estimated net worth of $1 million which she has earned from her successful career.