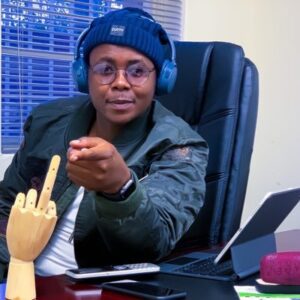 He went to Eqinisweni Secondary School, where he was active in school activities.

“But my mom insists I wanted to be a scientist,” he says. He recalls wanting to be a performer or biotechnologist as a kid. At the University of Witwatersrand, he earned a Bachelor of Arts in Dramatic Arts.

He has a foundation named CMF (Cornet Mamabolo Foundation), and he and his business partner Johnny Modiba have opened offices in Cosmo City Junction for their company Digni.