Amanda Manku (born 9 August 1991) is a South African actress and presenter who currently plays the role of Elizabeth in SABC 1 soapie, Skeem Saam. 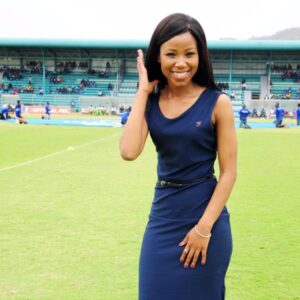 She was born on the 9th of August 1991 in Zebediela, Limpopo, South Africa. As of 2021, she is 30 years old and celebrates her birthday on August 9th every year.

Dowling Avenue Primary School in Westbury was where she finished her primary school schooling. Amanda then went to Hoerskool Die Burger which is a high school in Roodepoort.

Amanda Manku was still in high school when she took on the part of Elizabeth in Skeem Saam, but she enrolled at AFDA for a Bachelor’s Degree in Motion Picture shortly after graduation.

Amanda Manku made her acting debut on Limpopo Community Television after a string of failures in school drama clubs.

She started as a presenter for a teen show on community television at the age of 16, and after a while, she was picked up by SABC1 and became a presenter on Yo TV. Her leap of faith has carried her along since then.