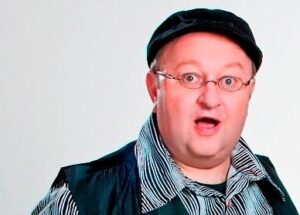 Casper de Vries attended Hoërskool Silverton where he was popularly known as Cassie and went on to study drama at the University of Stellenbosch.

Here is a list of Casper’s one man shows:

De Vries has characters that he portrays himself in his live shows and on TV: