Moliehi Makobane (born 17 August 1989) is a South African actress known for her starring role as Thuli Mabena in the fourth segment of the e.tv anthology series Mzansi Love: Kasi Style. 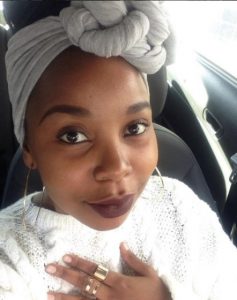 In 2011, Moliehi made her television debut in the episode “Abafelokazi” (House of Widows) of another e.tv anthology series, eKasi: Our Stories.

In eKasi, she played Pearl, a supporting character. In this episode, an elderly woman goes to great lengths to keep her daughter-in-law from going on with her life a year after her husband passes away.

Her debut play, Us – A Room Full of Women, was also directed by her.