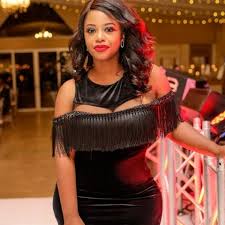 Musa started her career as a radio host in 2012. After the departure of top personality Tinopona Katsande in October 2013, she began working at ZiFM Stereo, one of Zimbabwe’s premier FM radio stations, as co-host of “The Ignition.”

In 2017, she joined Tich Maruziva as co-host of the weekly entertainment show Coke on the Beat, which aired on Zimbabwean television, ZTV. On Coke on the Beat, celebrities such as Trevor Dongo, Young Nash, POY, and DJ Stavo have been interviewed.

She’s covered events all over the world, including the Lake of Stars Festival and the MTV Africa Music Awards, to name a few.

Musa partnered with Jungle Entertainment Ventures (a digital content monetisation firm) and KOSHA Management (a branding and business development firm) in 2018, in a career move that will see her focus more on building an international media and content brand that resonates with her growing audience.

She has an estimated net worth of $400,000 which she has earned as a radio personality, social influencer, philanthropist, brand ambassador, events MC & host.