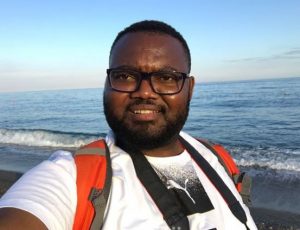 He attended Njomane Primary School before later relocating to Phaphamani Primary School, and in 2002, he then matriculated from Dumeleni High School.

In a romantic and beautiful ceremony, he married his beautiful and caring wife, Karabo Marogan. The singer and his wife celebrated two weddings, one in Limpopo’s Jane Furse and the other in Mpumalanga’s Tweefontein.

In 2006, he took over as host of SABC 2’s reality show You’re Hired 2 from Bob Mabena. He was named Cosmopolitan’s Sexiest South African Man in the same year, and he was also named one of the 5 Seventeen Magazine Hotties.

He’s been hired as the emcee for beauty pageants, music festivals, and corporate events. He is a brand ambassador for Cellfood, a non-profit that promotes a healthy diet and way of life.