Luyolo Mphithi (born 1 September 1992) is a South African politician who has been a Member of Parliament, the Shadow Minister of Women, Youth and Persons with Disabilities in the Presidency since 2019. 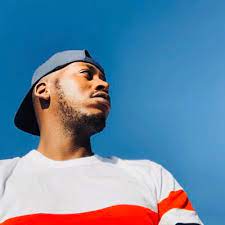 He was born on the 1st of September 1992 in South Africa. As of 2021, he is 29 years old and celebrates his birthday on September 1st every year.

Mphithi worked as a research and communication officer for the Mpumalanga Provincial Legislature, where he was in charge of investigating cooperative governance and traditional affairs, human settlements, public works, roads and transit, as well as public safety, security, and liaison.

He also worked as a consultant for the Executive Research Associates, the Hanns Seidel Foundation, the University of the Witwatersrand, and the Department of International Relations and Cooperation, among others.

Mphithi was a Democratic Alliance councilor in the City of Johannesburg, representing the Meadowlands neighborhood in Soweto.

Mphithi is a graduate of the DA’s Young Leaders Programme and has served in a variety of capacities within the organization. He was the leader of the university’s Democratic Alliance Student Organization branch and the Gauteng DA Youth deputy chair in 2012 while a student at the University of Witwatersrand.

Guide: Entering the Travel and Tourism Industry in South Africa