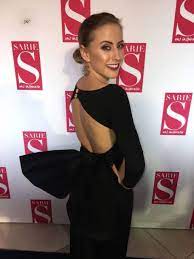 She was born on the 14th of November 1992 in Mpumalanga, South Africa. As of 2021, she is 29 years old and celebrates her birthday on November 14th every year.

When she was in Standard 8, she and her family moved to New Zealand (Grade 10).

Mila Guy made her television debut in the character of Zanel Jordaan in the kykNET soap Binnelanders in Season 10 in 2014.

Her breakthrough year began with a music video appearance in an episode of the kykNET musical drama series Sterlopers.

When she was cast as Malanie Schmit in the kykNET mockumentary comedy series Hotel, which premiered on July 11, 2016, she got her first starring role in television. She appeared in every season of the show after that.

She also appeared as a guest star in an episode of Sokhulu & Partners, a legal drama series on SABC1 that aired on August 7, 2016. (Season 3, Episode 10).

Mila got another recurring part in 2019, this time as Vicky in the kykNET drama series Alles Malan, which she debuted in Season 1, Episode 8 of the series (which aired on 27 August that year).

Mila’s next major part will be in the kykNET comedy-drama series Ekstra Medium, which will premiere on September 22, 2020.