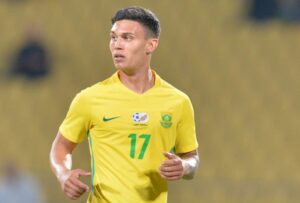 Jordan made his professional debut on 17 March 2015 against the University of Pretoria in the 2015–16 Nedbank Cup.

In January 2018, he joined HB Køge on loan from Sporting B. The move was made permanent in the summer of 2018.

After representing his country at under-17 and under-20 level, Jordan made his senior international debut for South Africa on 2 July 2017 against Tanzania in the 2017 COSAFA Cup.

He is the son of Keryn Jordan, a former South African footballer. Jordan was born during his father’s time at Durban-based Manning Rangers and emigrated to New Zealand in 2004.