Seputla Sebogodi (born 31 October 1962) is a South African actor and gospel musician known for his starring role as Kenneth Mashaba on Soap Opera Generations that aired on SABC 1 between 2005 and 2014. 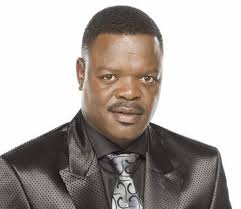 Seputla some few years back asked his fiancée, Makoena Francina Kganakga for a hand in marriage, to which she obliged.

His first son, Thapelo Sebogodi is also an actor just like him.

Seputla Sebogodi tries his hand at marriage for the fourth time

Former Generations actor Seputla Sebogodi is on the brink of getting married for the fourth time.

Sebogodi, a veteran actor popularly known as Kenneth Mashaba on the SABC1 soapie, has found love in the arms of a Pretoria woman. He proposed to her this week.

If the pair eventually get married, this will be Sebogodi’s fourth marriage. Wife-to-be Makoena Kganakga took to her Facebook page on Wednesday to announce that Sebogodi had asked for her hand in marriage.

Kganakga, who works for religious radio station Radio Pulpit as a secretary, is understood to be a trainee pastor, motivational speaker and women’s development activist.

She told her friends on Facebook that Sebogodi, a staunch ZCC member, supports her ministry wholeheartedly and “washes me with God’s word”.

“I am about to become someone’s wife and to God be the glory,” she wrote in one posting. “Even though people can write you off, God always has a plan. It’s one thing to hear about someone, but it’s a different story to know the person at close range. If I listened to voices from people, I would have missed my blessings. He makes me forget that my heart was once broken.”

When Sunday World called her, she said she did not want to talk about her relationship because “it is a private matter”.

“It is on my Facebook, but I don’t want it in newspapers.”

Sebogodi echoed similar sentiments, saying he did not want to make his personal life public. “I don’t want to talk about that stuff in the newspapers,” he said.

One of Kganakga’s church mates, who alerted Sunday World about the engagement, said Kganakga was a “humble mother of three” originally from Limpopo. “She is a very strong woman. She has what it takes to make any husband happy but Sputla must not try his old tricks. She won’t stand for that,” said the churchgoer.