Heinrich April (born 9 April 1980) is a South African politician who has served as a Member of the National Assembly since May 2019. 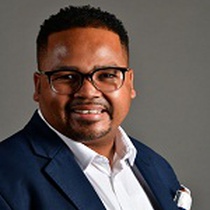 April is an African National Congress (ANC) member. He was the chairwoman of the party’s Paul Plaatjies branch, as well as the chairperson of the Bavumile Vilakazi region’s youth league. He was also the Ekurhuleni region’s treasurer and a member of a sub-committee.