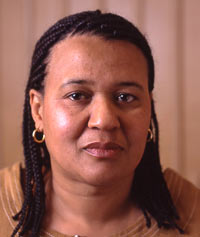 She was born on the 9th of March 1958 in Salisbury, Rhodesia (now Harare, Zimbabwe). As of 2022, she is 64 years old and celebrates her birthday on March 9th every year.

She attended the University of Zimbabwe, the United Nations Institute for Economic Planning and Development in Dakar, Senegal, and the International Institute of Social Studies in The Hague, among other institutions.

She met her husband Max Sisulu while she was in Holland and together they have four children.

She worked for the Zimbabwean Ministry of Labour as an economic researcher. She worked at the International Labour Organization’s Lusaka office from 1987 until 1990. After apartheid ended in 1991, Sisulu and her family returned to Johannesburg. From 1991 until 1998, she worked primarily as a freelance writer and editor.

Sisulu was a founding member of the Zimbabwe Crisis Coalition and now works in its Johannesburg office. She has written reports for the South African Independent Electoral Authority and the World Food Programme. In 2003, she hosted a symposium in Johannesburg for Themba Lesizwe on Civil Society and Justice in Zimbabwe.

She has an estimated net worth of $500,000 which she has earned as an activist and writer.