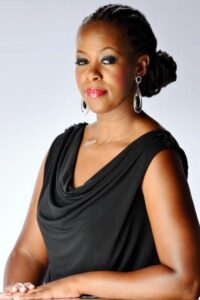 She also hosted Africa Digest, a daily current affairs programme that runs from 5 pm to 8 pm, on Channel Africa Radio. In June 2016, she was announced as a host of the 12th Africa Movie Academy Awards.

She has an estimated net worth of $60,000 which she has earned as a radio personality.