Loyiso Nongxa (born 22 October 1953) is a South African mathematician and the current Chairperson of the National Research Foundation of South Africa (NRF). 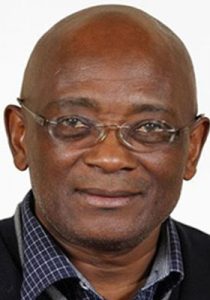 He was born on the 22nd of October 1953 in Indwe near Queenstown in what was then the Transkei. As of 2021, he is 68 years old and celebrates his birthday on October 22nd every year.

He is married to Nomthunzi Nongxa who is also a South African mathematician.

In 1972, he graduated from Healdtown College with honors as South Africa’s highest matric student. Following that, Nongxa was accepted into the University of Fort Hare (UFH), where he earned a BSc (Hons) in 1976.

He also played rugby for the University’s “Baa-bas” squad while at UFH. He became South Africa’s first Black Rhodes scholar after earning an MSc from UFH in 1978, and he earned a D.Phil from Oxford University in 1982.

He was a Professor of Mathematics at UWC before being appointed Dean of the Faculty of Natural Sciences. He’d also worked as a visiting research scholar at Colorado, Harvard, Connecticut, Hawaii, and Baylor colleges.

The University Council then identified him as one of the probable Vice-Chancellor candidates, and on May 19, 2003, the Council selected him Vice-Chancellor. Nongxa was the university’s first black vice-chancellor. On June 1, 2013, Adam Habib took over as Vice-Chancellor.