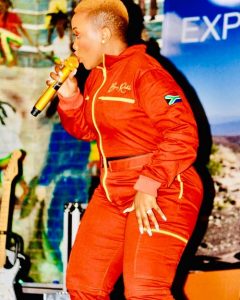 She is happily married to Thapelo Thoboke who is also her Executive producer and manager.

She continued her education in Botse Botse high school after finishing primary school. Her passion for music grew even stronger there. She was a member of AFM, House of Praise in Mabopane, her church’s youth choir, and was involved in all of the church’s musical activities.

Bucy joined the Kopano Chorus in 2007 and Opera Africa the following year. Aida, Princess Magogo, La-Boheme, La-Traviata, Carmen, Requiem CMass, and Ziyankomo were among the projects she worked on.

In 2012, she performed at the South African Youth Awards and began working with Tebs David. Bucy and other vocalists were linked to Apostle Solly Mahlangu by Tebs. They’ve been supporting vocalists for the artist since 2013.

She has an estimated net worth of $100,000 which she has earned as a gospel artist.

Top 10 Most Expensive Schools in Uganda and Their Fees (2022