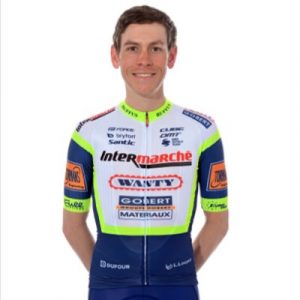 In 2014, he won the South African National Road Race Championships, and in 2016 and 2017, he finished eighth overall in the Tour de France on two times. In addition, he placed 10th overall in the 2015 Vuelta a Espana.

Meintjes made his mark on the cycling world when he won silver in the under-23 road race at the UCI Road World Championships in September 2013. Meintjes had a strong 2014 season, winning his maiden grand tour, the Vuelta a Espana. His best stage finish in the Vuelta a Espana was fifth.

Meintjes revealed in September 2015 that he would be joining Lampre–Merida on a two-year contract beginning in 2016.

For the 2018 season, Meintjes rejoined his former team, Team Dimension Data. His best finish of the season came in the Vuelta a Burgos, his penultimate preparation race for the Vuelta a Espaa, where he finished 9th overall.

He has an estimated net worth of $1 million which he has earned as a professional cyclist.