Clarence Munyai (born 20 February 1998) is a South African sprinter who is the current South African record holder in the 200 metres. 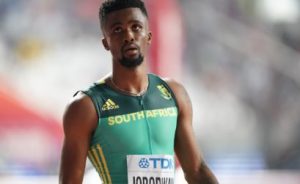 He was born on the 20th of February 1998 in Johannesburg, South Africa. As of 2022, he is 24 years old and celebrates his birthday on February 20th every year.