DBN Gogo (born 30 May 1993 in Durban) whose real name is Mandisa Radebe is a South African female DJ and producer known for featuring on the Channel O Lockdown House Party in 2020. 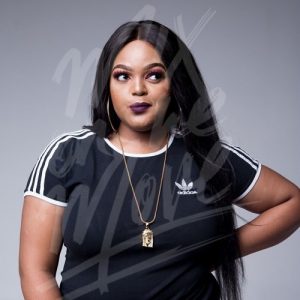 She is the daughter of Jeff Radebe, the former minister of energy, and businesswoman, Bridgette Motsepe. Cyril Ramaphosa and Patrice Motsepe also happens to be her uncles.

She’s only been deejaying for a few years and is a relative newcomer to the business. It’s something she’s wanted to do for a long time, according to her. She’s also described herself as “a really musical person” who used to “play the piano, sing, and dance.” She said that the only thing she didn’t do was DJ, but that “it sort of found me.”

She is well-known for performing a variety of House music, but not Gqom. Her musical approach has been affected by the many areas she has lived, she has acknowledged.

Gogo has quickly established herself as one of Mzansi’s most sought-after DJs in less than a year. She’s known for her high-energy sets and performances, which set her apart from other DJs.

She has an estimated net worth of $1 million which she has earned as a DJ and Producer.