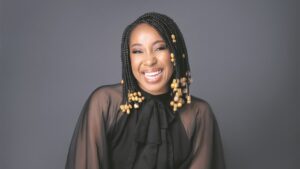 Zuma-Ncube was born in 1985. In 2007, she graduated from AFDA with a Live Performance degree. Sindiswa, a graduation film in which she played a role, was nominated for the Student Academy Awards (Student Oscars) in Hollywood.

She is married to Wesley Ncube, whom she met while she was studying in Cape Town, and married him at the end of 2008.

Through Nyenyedzi Productions, which she co-owns with her sisters Nokuthula Nomaqhawe and Thuthukile Zuma, she co-produced and acted in Mzansi Magic’s It’s for Life, a 2011 sitcom about four 20-somethings who find a squatter in their house.

Zuma-Ncube also co-owns Stained Glass Productions with Kobedi “Pepsi” Pokane, through which they co-produced Uzalo for the SABC1 channel.

It aired five days per week, Monday to Friday, and was the second-most popular television show in South Africa, behind Mzansi Magic’s Isibaya telenovella, with which it was intended to compete.

In 2011, she volunteered at Luthuli House, the ANC’s headquarters, with her sister Thuthukile.

In 2015 and 2016, various national newspapers alleged that Zuma-Ncube benefitted unduly from nepotism through contracts of R167 million from the SABC and R8 million from the eThekwini Metropolitan Municipality for Uzalo.

She has an estimated net worth of about $2 million.