Nkosingiphile Ngcobo (born 16 November 1999) is a South African professional footballer who plays as a midfielder for Kaizer Chiefs. 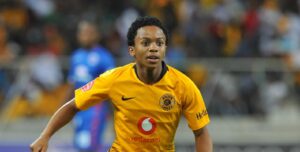 He was born on the 16th of November 1999 in Pietermaritzburg, South Africa. As of 2021, he is 22 years old and celebrates his birthday on November 16th every year.

He has an estimated net worth of about $300,000 which he has earned as a professional footballer.