Lele Ledwaba is a South African actress known for her role as Pinkie on the SABC2 sitcom Stokvel, from 2003-2012. 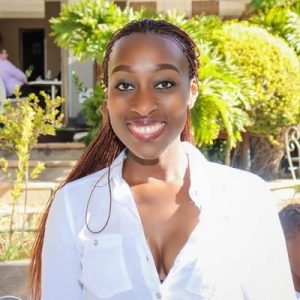 She began her acting career in Durban and was trained in Natal. She made her television debut in Secret in My Bosom for Thapama Productions, followed by Lotus Dreaming for The Glee Machine and Phamokate for Scholtz Films.

She shot Fela’s TV, as well as 13 episodes of Stokvel in 2006. Additionally, she appeared in a Southern Exposure television movie called Justice for All.

She appeared in Society (a four-part mini-series at the time) from 2007-2008, after which it evolved into a full series beginning with Season 2 in 2009, which was first broadcast on SABC1.

She appeared in the SABC3 television drama series For Sale as well, playing the character of Palesa.

In addition to her extensive experience in industrial and corporate theatre, Lele is also accomplished in entertainment and entertainment production. She speaks English and dances, as well as South Sotho.