Ever seen anyone with the desire to attend quality schools? No, I haven’t. I don’t know about you. We definitely all want to be alumni of the best schools. You are in search of the best A-level Schools in Tanzania, right?

In this article are the right answers to your questions. Satisfy your curiosity and learn about the top A-level Schools in Tanzania below. 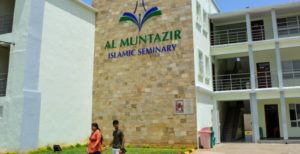 Sporting activities such as; Basketball, Football, Cricket, Volleyball, Swimming and Recreational Sports are also available and students are coached by top professionals. It also has a library that houses lots of books and other reading materials without excluding academic textbooks.

International School Moshi is known for not only its uniqueness but also its high standard modern curriculum. The prestigious school is located on the slopes of Africa’s highest mountain, Kilimanjaro, and was founded in 1969.

It now has students from over 44 nations on two campuses. It has been an International Baccalaureate World school since 1977.

The school’s founder, Australian Gemma Sisia, named the school after St Jude; the patron saint of hopeless causes. It was founded in 2002. It is located in the northern Arusha Region of Tanzania.

The school provides free and high-quality education to over 1,800 girls and boys from the poorest families in the area, an attribute that makes this school special, as that it sets itself aside to educate disadvantaged, bright students from the local Areas to become moral and intellectual leaders.

This school is owned by the Dar Es Salaam Secondary Education Society and run by a Board of Governors and a Management Committee. Its motto “strive for excellence”. Its Co-Curricular activities include debate, drama, elocution, seminars, field trips, quiz competition, and club activities.

Aga Khan Mzizima secondary school is one of Tanzania’s leading non-government schools. It offers basic and advanced level Education. It is the first private secondary school to be established in Tanzania after the Arusha Declaration in 1967.

It is a Christian International School, located in Dar-es-Salaam, Tanzania with a population of 340 students from Kindergarten to Grade 12. Haven of Peace Academy, HOPAC, attracts students from more than 30 different countries and a variety of religious backgrounds such as Christian, Muslim, and Hindu.

The majority of students come from families of missionaries and the foreigner in the community. The school’s mission statement reads: “to provide an excellent, Christ-centered, international education that meets western academic standards and prepares students for the real world and how to live out a biblical worldview in all areas of life to the glory of God”.

The school was established in 1968 and formally opened by President Julius Nyerere, the country’s first president. It offers both secondary (O Level) and post-secondary (A-Level) education.

Apart from the thorough academic experience here, Students and teachers take part in a range of adventure activities including annual treks up Mount Kilimanjaro and Mount Meru, trips to outstanding wildlife areas, camping, snorkelling, and sailing activities and beach peer-bonding days. In addition to the above, all students from Grade 6 and up engage in the community service-learning aspect of the IBCAS program.

Loyola School was established in 1995 to provide secondary and A-level education for students who were not selected for government schools. It is a secondary school in the Mabibo ward of Kinondoni, Dar-es-Salaam. And due to its specialization in A-level education, it has shown itself as one of the Best A-Level Schools In Tanzania.

Kisongo Academic College is a secondary school in Kisongo, Tanzania. It is a co-educational institution. It is now running its first secondary school called KAC Secondary School based in Arusha Region, Tanzania. The is no doubt one of the best A-Level schools in Tanzania.