Riona is a fantasy thriller set in pre-colonial Nigeria that tells the story of a wicked King and a village under siege. Rebellion looms as King Ofotokun does all he can to stop a dark prophesy from getting fulfilled. That a child born under the rising of the dark moon will take his life.

But destiny is against him as Tsema and Aghan, two children born under the dark moon, cross a complicated path on their way to fulfil the prophesy foretold.

Premiere episodes of Riona air on Novela Magic from Mondays to Sundays at 20h30. 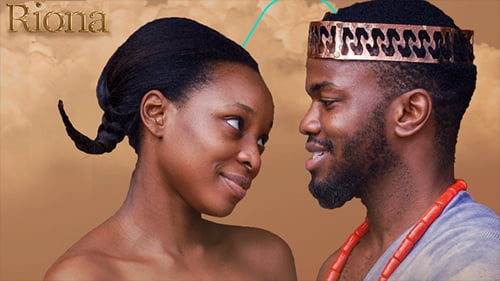 A dark dream, a dark prophecy. Two star-crossed lovers fight to find their way to each other, and fulfill destiny.

The rebellion is threatened. Aso is accused of betrayal. King Otokun makes a dreadful decision.

Tofe tries to convince Otokun to submit to the will of the gods. The Ibiedos mourn Dewa. Jolomi implicates his family.

Ofor refuses to be a part of the sacrifice. Aso and Ebisan make plans to escape. Jolomi realizes what he has helped to do.

The dark moon is here – terror, death and tears envelop the land of Oyomere. The gods have their way, but destiny delayed is not destiny denied.

Misan and Amaju make a heart-breaking discovery. Tofe hides her baby from the Queens. The kingdom mourns.

King Otokun seeks Tofe’s approval. Arenyeka returns. Ofor tries to get Ogbemi out of his funk.

Idolor ignores the King’s orders and suffers for it. Jolomi’s fate is decided.

Ofor experiences the extent of Otokun’s tyranny. Roli and Tofe carry out their plan to deceive the king. King Otokun meets his son for the first time.

How to Check Your Matric Results 2021 Online