Daniah de Villiers (born 28 February 2003) is a South African actress known for her role as Trudie in the kykNET soapie Binnelanders. 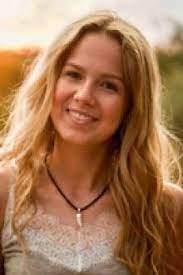 She made her screen debut in the 2017 feature film Nul is nie niks nie, which tells the narrative of three friends who band together to fulfill Drikus’s final wish: to make a zombie film.

Meerkat Maantuig, Vaselinetjie, The Dating Game Killer, Griekwastad, and Redeeming Love are among her other credits.

She also starred as Mia, a young girl from London who moves to Africa with her parents and befriends a lion cub, in the 2018 feature film Mia and the White Lion.

In 2017, Daniah began appearing in the kykNET soapie Binnelanders as Trudie, the teenage daughter of Boeta and Renate (played by Edwin van Jaarsveld and Sandra Vaughn).

In the year 2020, she was cast as Frida in the kykNET drama series Kompleks. Her character is a wise young lady who has a mother-daughter bond that many daughters would desire – she doesn’t put up with crap.