The Fort Grey TB Hospital is a specialized provincial government-funded TB hospital in East London, Eastern Cape, South Africa. It was founded in 1955 and previously served as a SANTA TB hospital. 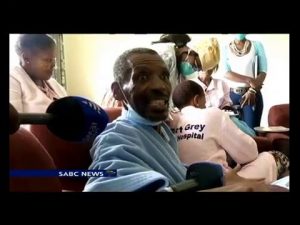 The hospital is located in East London, Eastern Cape, South Africa. It was previously located at what is now Tshwane District Hospital.