The Milpark Hospital is a private hospital owned by Netcare Limited and situated in western Parktown, Johannesburg, in the area known as Milpark.

The hospital has 346 beds, of which 95 are used for high care and intensive care and it also has a level 1 accredited trauma unit, and cardiology and cardiothoracic services. 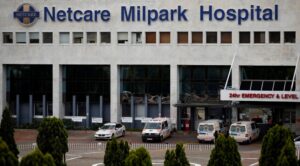 Former President Nelson Mandela received treatment at the hospital for acute respiratory infection in January 2011 and underwent a laparoscopy there in February 2012.

In February 2009, popular South African sprinter Oscar Pistorius was treated at the hospital after getting involved in a serious boating accident.

Cost of Fumigation in South Africa