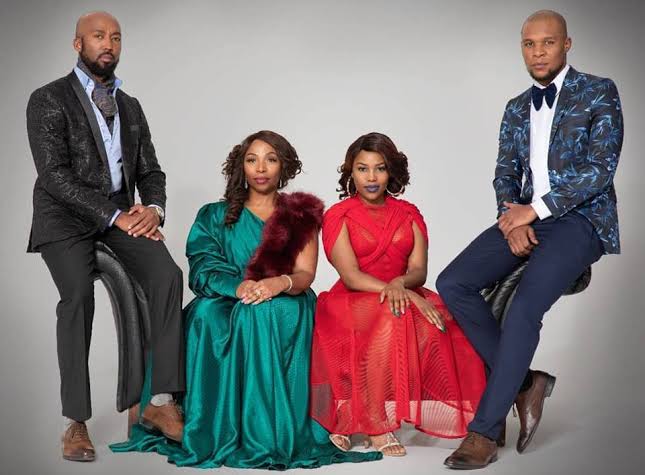 Marang manages to sneak into James’s hospital room when Imani is not around and drops a bombshell. Mulalo and Teboho reveal what really happened at the river. Hangwani is determined that the only person who’s going to be looking after baby Minenhle is her.

Imani demands Marang stay away and stop confusing James. Teboho and Mulalo reveal their plans for the throne. Tenda forces Gugu to take leave when she can’t cope.

Imani is determined to make things work with James but Marang has other plans. Azwindini wants the authenticity of Mulalo’s rule tested. Rendani stages an intervention for Hangwani.

The stakes are raised in the battle for James’s heart, when Imani finds herself playing hostess to an unwelcome guest. Mulalo takes a calculated risk to convince the Royal Council he is the ancestors’ chosen one. Mpfareni convinces Vhangani that her ill-begotten money could be used for a good cause.

Tenda wants to use James’ amnesia to take over Qalabosha. Azwindini convinces Vho-Masindi that Mulalo’s anointing wasn’t real. Vho-Masindi interrogates Luruli about where he was when he disappeared. Vhangani finds out that Mpfareni lied about where she got the money for the IVF procedure.

Marang ups the ante on her mission to secure the bag. Mulalo and Teboho have a potential problem on their hands. Vho-Mukondeleli is on a fact-finding mission.

Marang confronts Tenda for trying to take advantage of James’ condition. Tenda wants her to convince James to sign the contract. Vhangani reveals that he knows where the money came from. Vho-Masindi and Vho-Mukondeleli attempt to get Vhangani to rat on Dee and Mulimisi.

Marang tricks James and sides with his enemy. Teboho deals Mpfareni a fatal blow. Mulimisi puts Masindi and Mukondeleli in their place.

Mulalo and Teboho get rid of the evidence of their evil deed. Imani makes a last-ditch attempt to get James back. Vho-Mukondeleli and Vho-Masindi are scandalised when they witness Mulimisi and Dee in a moment of passion.

James and Marang are married and she is ready to consummate their marriage but is rudely interrupted by the last thing she expected. Vho-Mukondeleli spies Dee sneaking in the garden and a chase ensues. Mulalo and Teboho make a plan to get the evidence before Vhangani does.

The Royal House is left reeling as Mpfareni’s death turns out to be cold-blooded murder, and the police open up an investigation. James convinces Gugu that Tenda leading MMC would prove disastrous, and that she has to stop him before its too late.

Dee is pissed off when Mukondoleli accuses her of dating Mulumisi for her own selfish purposes.

Tenda gets a memo that they’re planning to vote for a new chairperson at MMC. Teboho and Mulalo want to capitalize on KK’s situation. Dee and Mulimisi have a big fight.

Marang is thrilled when the paternity results prove that James is the father. KK wants Mulalo and Teboho to confess to Mpfareni’s murder and turn themselves in. Tenda threatens James for coming after him.

Tenda comes after James. Mulalo and Teboho sink deeper into a dark hole. Mulimisi casts his net and he catches something.

Mulalo punishes KK for threatening to expose him. Marang and Tenda shake on an unholy alliance. Mulimisi has his eye on Shaz.

KK has a show down with Mulalo. Marang has vital papers that could bring James and Qalabosha to its knees. Mulimisi makes his first move on Shaz but it backfires.

KK goes to the cops with what he knows. Tenda digs up some very juicy information about James. Mulimisi is smitten by Shaz.

KK addresses the Royal Council on the crime he saw committed by the river. James realises the person that sold him to Tendamudzimu is close to home. Shaz has a new man to show off.

Mulimisi scares off Shaz’s pretend boyfriend. Azwindini realises that Mulalo might be guilty of murder. Hulisani offers James an opportunity to win the war with Tenda.

James gets the ammunition to defend himself against Tendamudzimu’s onslaught when Hulisani makes a shocking revelation. Mulalo and Teboho walk the tightrope to perdition when Sergeant Neshehe comes asking awkward questions. KK makes a plan to retrieve the phone that would prove the royal couple’s guilt.