Businesses losing money every month, little financial support from a struggling government, an economic crisis that seems to have little chance of abating, and travel restrictions set to remain in place for the foreseeable future. 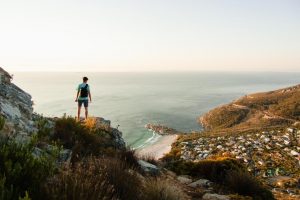 Fewer than half of airlines offering routes to South Africa have resumed. Businesses reliant on tourists, like restaurants and safari organizers, are going out of business. And that’s a big problem for the country.

Tourism accounts for over 1.5 million jobs in South Africa, meaning that 2.9% of the economy is tourism. While 2020 was a difficult year, 2021 is looking like a disaster. Will the industry survive?

South Africa is struggling to bring in tourists, but so is the rest of the world. Once restrictions ease, it’s reasonable to think that the country can expect a significant influx of visitors.

After all, the things that make South Africa special for tourists are still here. Here are just a few of the attractions that make it a unique place to visit:

Go on a Safari

It’s a classic tourist activity, but there’s absolutely no shame in that. South Africa offers some of the most stunning national parks on the planet, and one safari isn’t enough to experience the country’s natural beauty.

The most famous safari location is undoubtedly Kruger National Park. There is an incredible level of biodiversity, and you’ll see the so-called “Big Five”: the Cape buffalo, elephant, leopards, lions, and rhinoceroses. It’s an experience visitors never forget.

Hiking in South Africa will make you feel like you are living in virtual reality; you’ll struggle to absorb that your natural surroundings are real, they are just that jaw-droppingly gorgeous.

For those of you who enjoy a hike, the Drakensberg Mountains should be top of your list. There is a multitude of trails available, whether you’re a little out of shape and just want an easy hike of just an hour or two (the Rainbow Gorge hike is perfect for this!) or a strenuous multi-day hike that will delight your visual senses.

Don’t go to South Africa without visiting Cape Town. There’s a reason why it’s the most popular city for tourists. It’s a multicultural city with a vibrant vibe, and its close proximity to natural attractions (e.g. the beautiful beaches nearby) makes it a perfect base from which to explore the rest of the country.

Cape Town gives you everything a ‘big city’ should. The cuisine is particularly delicious, and the people are friendly and welcoming, with a multitude of trendy bars, restaurants, and nightclubs, the city also offers a happening casino scene.

Hosting more than 40 land-based casinos, South Africa is by far the biggest African gambling piece of heaven. The largest venue in the country, Grand West Casino & Entertainment World, placed in Cape Town with its 79 table games, 10 poker tables, 2,563 gaming, and video poker machines, it is also one of the largest casinos on the continent.

And we could say gambling is South Africa’s middle name, since it is estimated that 1 in 10 people in the country enjoys this Friday fun. It’s only natural to say that, besides traditional casinos, there is a wide array of online venues available for residents and visitors, with instant payout casinos in South Africa being the top choice for travelers who would appreciate cash withdrawals that are faster than in land-based venues.

South African wine is famous throughout the world, and we’re willing to wager that you’ve had a sip from a South African bottle at one point in your life. The reason wine is such high quality is the climate, which is ideal for growing spectacular whites and reds, as well as sparkling varieties.

The country has a long tradition in wine production, with the first winery dating back to the 17th century. There are literally hundreds of options dotted around South Africa, and most allow tourists to sample a glass (or two!).

South Africa has some of the best stretches of coasts for surfing fanatics. Jeffrey’s Bay, sitting near Port Elizabeth, is the country’s most famous surfing spot, but it’s one of many.

For example, Dungeons in Hout Bay is a fantastic place to catch big waves, and it’s not too far from Cape Town. If you go a little further south, there’s Long Beach on the Western Cape.

This World Heritage site in Table Bay is definitely worth a visit, despite its horrible history. Nelson Mandela spent 18 years of his life in person here, living in a tiny cell alongside other individuals the state viewed as a political threat.

The experience is harrowing, memorable, and, for some, life-changing. Ex-prisoners will usually be the ones to take you around the facilities, while also offering first-person accounts of what happened at Robben Island.

There’s no question that there will still be some rough months ahead. But with the world’s vaccine drive finally gathering some real pace, there is cause to feel a little more positive about the end of 2021.

The government has also made some positive strides to bridge the gap until things are ‘back to normal’. For example, businesses and tour guides alike are being offered grants, and the tourism board is doing everything it can to boost local demand, reinventing the usual target group.

Businesses are beginning to realize that they need to pivot in order to survive. With many adapting to the new situation, it’s likely that many will make it, or even thrive, until foreign tourists start coming back in their usual numbers.