Alexander Sinton Secondary School, also known as Alexander Sinton High School, is an English-medium school located in Athlone, a Cape Town suburb. The school is situated in the Cape Flats, a non-white region defined by the Group Areas Act.

There are 40 teachers and six non-teaching staff members working at the school. 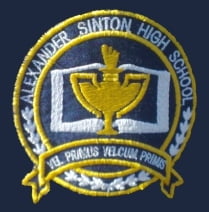