Bergvliet High School is a public high school in Cape Town, Western Cape, South Africa, located in the Bergvliet suburb. The school was founded in the year 1957 soon after the relatively new suburb of Bergvliet was built.

Bergvliet High School currently has about 1130 students enrolled. On the 20th of August 2009, it was revealed that Stephen Price had been chosen as the school’s new principal. 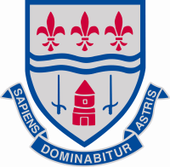