Doctors and surgeons who graduate from medical schools are known as physicians and surgeons, and they are educated in a tertiary educational setting.

Medical degrees include the MBBS, MBChB, MBBCh, BMBS, Master of Medicine, MMed, or Doctor of Osteopathic Medicine (D.O). Doctor of Philosophy (Ph.D.), Master of Science (M.Sc.) and other post-secondary degrees are offered by several medical schools. 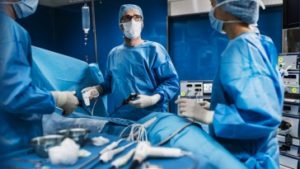 The University of Cape Town

The University of Cape Town, also known as UCT, is a public research university in Cape Town, South Africa. It was founded in 1829 and is the country’s oldest university. It is one of South Africa’s best colleges. UCT’s medical school is ranked 91st worldwide by US News & World Report (Subject Ranking). In the meantime, the university is ranked 114th out of the world’s best.

Graduates of this school will be well-versed in the subject of medicine, and they will be able to put what they’ve learned into practice. The Faculty of Health Sciences at the University of Cape Town houses the medical school. Organogram, Allergology and Clinical Immunology, Cardiology, Clinical Haematology, Clinical Pharmacology, Endocrinology, Dermatology, and more can be found in the UCT Department of Medicine, which includes up to 19 divisions. UCT, like many other schools, offers scholarships to deserving students.

The University of the Witwatersrand, more often known as the Wits, was also founded in South Africa in 1889. One of South Africa’s top medical schools has been at Wits University since its founding in 1896. Public research university in Johannesburg is its location.

Wits has been recognized by US News and World Report as the 135th top medical school in the world and the 197th best institution in the world overall. Wits South Africa allows students to pursue both a six-year MB BCh degree and a four-year graduate degree at the same time. South Africa’s School of Clinical Medicine is widely regarded as one of the country’s best medical schools.

The Times Higher Education World Ranking system ranks it as one of the world’s top 100 institutions for clinical, preclinical, and health-related studies. These include Clinical Medicine and Anatomical Sciences as well as Public Health and other schools of study. Five major hospitals and a number of smaller clinics are available to students for internships. More than 25,000 recent graduates are now working to improve healthcare systems in more than a dozen countries around the world.

Medical and health sciences education and research have been synonymous with excellence at Stellenbosch University’s Faculty of Medicine and Health Sciences (FMHS) since 1956..

Situated at the feet of Cape Town’s Tygerberg​ Hills, the school exists with her aspiration to be a vital community of​ students, learners, teachers, researchers, clinicians and other staff committed to developing future health professionals who, through innovation and leadership will promote health, prevent disease and provide optimal healthcare.

The University of KwaZulu-Natal, or UKZN, was established in 2004 and is one of South Africa’s newest public universities. It has quickly risen to the top of the South African university rankings.

Including both undergraduate and graduate students, the total enrollment stands at 26,000 students. According to US News and World Report, the clinical medicine school at the University of KwaZulu-Natal is already ranked 279th in the world.

Another fast rising university in South Africa is The University of Pretoria or Tuks. This public university started in 1908. Tuks is a well-attended university in Pretoria, with a student population of over 38,000 students. According to US News Tuks is the 511th in the world.

The other schools in the faculty are the School of Dentistry, Health Care Sciences, and Health Systems & Public Health. Through the University of Pretoria’s school of medicine, you can take degrees in MBChB, MPharm Med, MPhil (Philosophy and ethics of mental health), BClinical Medical Practice, etc.

Prices of Homeschooling in South Africa

University of the Free State

One of South Africa’s oldest public universities The University of the Free State or UFS was established in 1904 with a total of 26,000 enrollment student. What is more interesting is that UFS teaches its degree programs in the English language and Afrikaans.

UFS is one of the best colleges in South Africa where you can get a medical degree. UFS offers a wide range of medical programs at both undergraduate and graduate levels. Some of its programs include Anesthesiology, Cardiology, Cardiothoracic Surgery, Dermatology, Family Medicine, Forensic Medicine, Internal Medicine, and Medical Physics.

This public university began operating in 2005 but already records a total student enrollment of over 20,000 undergrads and postgrads. The University of Limpopo is another popular university in South Africa where you can get a medical degree.

The University has no notable global ranking, but its medical degree program is one of the best in South Africa. In Limpopo, just like most of the universities in South Africa, the faculty of Health Sciences houses the School of Medicine departments.

In 2014, the University of Limpopo made a merger with Sefako Makgatho University (SMU) which is now one of the campuses of the larger university. The university has about nine (9) departments in the medical school incorporated to offer the MB ChB degree, whereas each accredited discipline offers postgraduate specialization degrees (M Med.).

The University of Western Cape or UWC is another old Public University in South Africa. It began its operations in 1959 but got its university status in 1970. Although the university does not offer a clear cut path to a medical degree, its faculty of Community and Health Sciences has a School of Natural Medicine.

UWC’s School of Natural Medicine offers comprehensive education and training in one of four disciplines, Chinese Medicine and Acupuncture (CMA), Phytotherapy, Naturopathy, and Unani-Tibb. Students who complete any of these programs will be able to register with the Allied Health Professions Council of South Africa (AHPCSA) within their field of specialty.

Nelson Mandela University is another top institution in South Africa which offers value to her students through out its stream of courses and disciplines. Officially, the university was able to recently launch it’s medical school under the faculty of Health Sciences.

The country’s tenth medical school opened in March this year to the University’s first ground-breaking class of 50 medical students, who are presently writing examinations.

As these students progress to the second year of the six-year Bachelor of Medicine and Bachelor of Surgery (MBChC) degree, they will be joined by a further 80 first-year students in 2022. The faculty of science of the school is currently operating under the following schools and departments.

Wondering why Nelson Mandela University made the list of top 10 medical universities in South Africa? I guess it’s because of the very smooth take off of the medical school