Cape Town is the oldest city in South Africa and everything about this megacity is very important, including its weather situation. The summers are warm, dry, and mostly clear; the winters are long, cool, wet, and partly cloudy; and it is windy year-round. Information about the weather situation of Cape Town is one that every business-minded person needs to be fully aware of.

If you are planning on traveling to Cape Town for business or any other purpose, it is equally important that you know what the weather situation is so as to know how to plan your journey. Through this post, you will learn about the general overview of Cape Town weather condition. 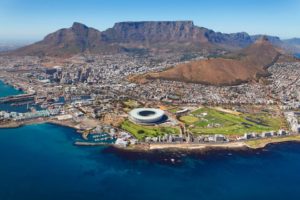 The temperature in Cape Town tends to be high. Over the course of the year, the average temperature typically varies from 48°F to 76°F and is rarely below 41°F or above 84°F. The best time of the year to visit Cape Town for warm-weather activities is from late November to late March.

Cape Town experiences significant seasonal variation in monthly rainfall. The rainy period of the year lasts for 8.8 months, from March 9 to December 4, with a sliding 31-day rainfall of at least 0.5 inches. The most rain falls during the 31 days centered around June 25, with an average total accumulation of 3.0 inches.

The rainless period of the year lasts for 3.2 months, from December 4 to March 9. The least rain falls around February 20, with an average total accumulation of 0.4 inches.

Cape Town is located near a large body of water (e.g., ocean, sea, or large lake). The average water temperature experiences some seasonal variation over the course of the year.