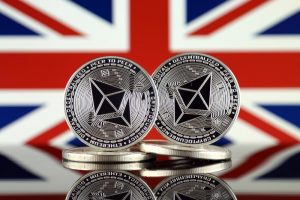 The London hard fork, sometimes known as just ‘London’, ushers in the Ethereum Improvement Proposal(EIP) 1559. It aims to change the speed of transactions and how gas fees are estimated. Before the update, users have to bid to make their transaction a priority on the network.

Prices were unpredictable and unstable. Nobody knows what’s fair or enough in an arbitrary system. Everyone ends up paying more than they should because they just want to ensure their transactions’ inclusion and speed. The London hard fork has replaced this system with an automatic system. Instead of bidding for priority, the network’s algorithm can dictate the fees for the users and traders.

The bidding system seemed like it is only beneficial to users involved in big trades such as between companies. It also benefits small transactions such as NFT traders and gamblers at a jackpot casino whose activities are becoming more frequent in 2021.

Part of every transaction on the network is burned out of circulation instead of being paid as a transaction fee to miners. ETH doesn’t have a maximum limit like Bitcoin which caps at 21 million BTC. This is the second-largest crypto vulnerable to inflation.

It’s especially true given that miners have two ways to earn: making blocks and completing transactions. With this new update, ETH supply is controlled and limited per year. Burning also helps increase the currency’s market price so people have started discussing if it can surpass Bitcoin’s market cap.

London hard fork is a major update that is not backwards-compatible. That means users need to download the new update and say goodbye to the version that they were used to. Users have to comply with the new update if they wish to continue interacting with the network and all of its connections. Ethereum is currently the biggest blockchain in terms of utility. Many users rely on its supported apps including those that use non-fungible tokens.

Many miners are not happy with the new system. Before the update, they dictate the processes, including the rates. The London hard fork made that impossible now since, as mentioned, miners can’t get transaction fees. There is a replacement where miners and traders could agree on and it’s called ‘tipping’. Traders may offer a tip for the miner who will incentivise the transaction.

Many think that people will still end up paying a high price on tips to hasten their transactions. It’s still a better alternative to bidding because the trader has full control over the size of the fees that they have to pay. Casual ETH users wouldn’t worry too much about it. A deposit or withdrawal for online services like a jackpot casino is not an urgent matter. Thus, they can save a lot of money as a regular user of the platform.

How to Create and Fund a Bitcoin Account (Wallet) in South...