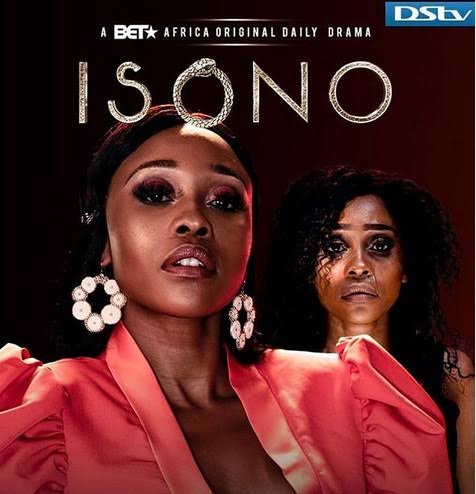 A nervous Ayo builds good relations with her future mother-in-law Mary. Yanga turns into Father Christmas as he blesses the HOG kids with gifts and cash, but things turn sour for him.

Mary wrongfully accuses Mncedisi of stealing from her. Gabriel is caught in his lies by Ayo. Esther gets jealous of Makwande’s new fling.

I have a way out

Gabriel finally tells Ayo the truth about his dark past and is surprised at her response. A stressed out Yanga is scared into action by Mary but things go from bad to worse for him whilst Makwande, still on cloud nine from his evening with Zoleka, is in for a huge surprise.

Zakwe convinces Yanga to try his hand at gambling. Esther finds a new suspect in the nude’s leak saga and things between Pastor Abiola and Sara reach boiling point.

Gabriel’s gain proves to be Zakwe and Yanga’s loss as the two kids scramble to find the money they owe Mary. AB has money woes of his own when he decides to steal from the Lebedevs. Meanwhile Esther is left spinning when Mncedisi faces a leak of his own.

A dark and stormy night

Danger arrives at HOG and leaves a devastating death in its wake.

A new police presence turns up the heat for Mary’s criminal enterprise. Simon and Makwande each deal with trouble when they struggle to connect with each of their respective love interests.

Mother Mary is threatened by one of her own whilst Gabriel struggles to help clean up a mess. Zakwe is tortured by his friend’s death and Simon tries to win Noluthando back.

Siviwe’s presence is starting to make Mary increasingly uncomfortable but Mncedisi helps her to see the situation in a different light. Esther plans a memorial, while Simon is lost in his own world, creating a perfect date for Noluthando.

Everyone bids farewell to one of their own and Simon is unsettled when a scrumptious blast from Noluthando’s past makes an appearance.

Gabriel is concerned that Abednego wants the drugs back. Mncedisi wants to make his relationship with Mary public and threatens to expose her when she declines. Simon is insecure and sets out to bring down Noluthando’s ex-boyfriend, Sanele, who’s back in town.

Mary tells AB to shape up or ship out. Abiola’s brother, Damola, arrives. Makwande lies and gets the boot from Zoleka. Sanele takes Simon’s fans.

Mary and Mncedisi have an encounter that changes their lives forever. Siviwe continues to hunt down Vorster whilst Esther squares off with Zoleka and Simon makes a fool of himself.

Mncedisi does the unexpected and comes clean about his real relationship with Mary. Mary and Esther look like they can’t make it through this one with their relationship intact.

Mary is able to get Esther to forgive her and schemes with Mncedisi to lie about their relationship. Gabriel enlists the help of Jumima and Simon to help in his lobola negotiations but he will live to regret it. Zoleka has had enough of being understanding and she demands that Makwande choose.

Part of the plan

Gabriel must deal with both the fallout from the dowry negotiations and betrayal from someone he loves. Esther complicates Mary’s plan to get rid of Mncedisi. Things explode between Noluthando and Sanele.